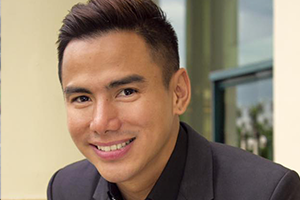 Jethro Patalinghug immigrated to the U.S. from the Philippines when he was 34 years old, leaving behind a career as a T.V. producer. After finding out about the TechSF Program and attending an orientation, Jethro enrolled in TechSF’s Motion Graphics Certificate track at the Bay Area Video Coalition (BAVC), where he immersed himself in learning new skills. He created a community of support and connection.

During the learning process, Jethro also completed an award-winning documentary film about his political activist mother. Today, Jethro is a full-time video producer at Google through Adecco, and is working on two new documentary films.