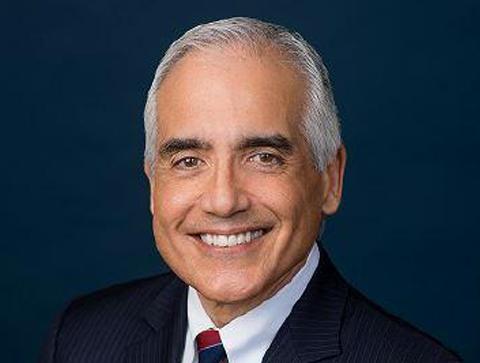 On July 1, 2017, Mark Rocha began his service as the 23rd Chancellor since City College of San Francisco was founded in 1935. Dr. Rocha is also the first Latino to be appointed Chancellor. Born and raised in the South Bronx,New York City, earliest memories are of his father using his Korea GI Bill benefits to attend night school at Columbia University. "I'm for the little guy," Dr. Rocha says. "Myparents started without anything, but they saw to it I went to college. The American Dream is my life story. It's still alive and well at CCSF.”

For three years prior to his appointment as Chancellor of CCSF, Dr. Rocha served as Senior Program Manager in the New York Governor’s Office of Storm Recovery (GOSR), directing the program to repair and renovate over 5,000 homes that were damaged by Hurricane Sandy in 2012. He also earned a Masters in Engineering from the University of Alabama, Birmingham, during this time. He has become a professional practitioner on resiliency and sustainability in the face of climate change.

An English teacher by training, Chancellor Rocha has taught in several community colleges and was awarded tenure at California State University, Northridge. Dr. Rocha received his Ph.D. in English from the University of Southern California, his master's degree from California State University, Fullerton, and his bachelor's degree from Villanova University. His scholarly work is in the field of American drama and theater and includes numerous articles on the playwright August Wilson whom he knew and interviewed. In 1994, Dr. Rocha was awarded a Fulbright Fellowship and taught for a year in Caracas, Venezuela at the Universidad Simòn Bolìvar.

Dr. Rocha began his administrative career as associate dean at Cal State Northridge where he was during the great 1994 earthquake that destroyed the entire campus. “Iwas part of a great team effort that reopened the college in 27 days in tents and trailers” recalls Dr. Rocha. “It taught me a great deal about crisis management and about how a college community can pull together for a common cause.”

In 2006, Mark went on to serve as president of West Los Angeles College (WLAC) in the Los Angeles Community College District. While he was president, WLAC was recognized by the Chronicle of Higher Education as one of the nation's "Great Colleges to Work For." From there he served as superintendent/president of Pasadena City College (PCC), selected in 2012 for the State Chancellor’s Award for Student Success.

At both WLAC and PCC, Dr. Rocha led the development and implementation of plans that brought increased enrollment, external funds and grants, and balanced budgets.Chancellor Rocha is most proud, however, of his work for social justice. In 1994 he spoke out in La Opinión against Prop 187 and while at PCC he worked to fund safe zones and college-wide support programs for LGBTQ students. “It is an honor to serve a Board and a college community that has declared CCSF a sanctuary institution,” says Dr. Rocha. “I believe education is the civil rights issue of our time. Therefore we mustensure that all students will pursue their studies in safety.”