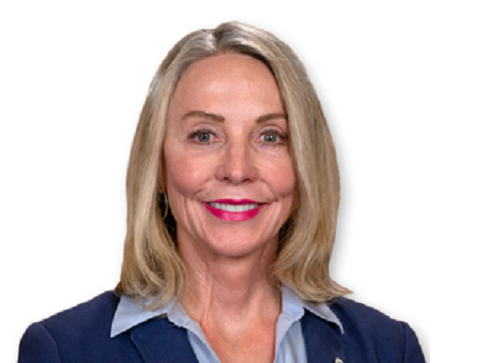 Vallie Brown is a member of the San Francisco Board of Supervisors, representing District 5, which includes the Inner Sunset, Haight- Ashbury, Cole Valley, Lower Haight, Hayes Valley, Alamo Square, Fillmore/Western Addition, Japantown, Cathedral Hill, Lower Pacific Heights, North of the Panhandle, and Tank Hill. She has lived in District 5 for over twenty years.

Prior to becoming Supervisor, Vallie served as a Legislative Aide for ten years to former District 5 Supervisors Ross Mirkarimi and London Breed. As an aide for Supervisor Breed, Vallie helped write and pass legislation providing neighborhood preference to local residents for access to affordable housing units and when serving Supervisor Mirkarimi, Vallie focused on environmental protections, beat cop legislation, social justice, and led the way to establish the first parklet in San Francisco on Divisadero Street. The past two years, Vallie worked in the Office of Economic and Workforce Development with a focus on identifying housing opportunities in District 5 and ensuring neighborhood residents have opportunities to move into housing being built in their neighborhoods.

Vallie moved to San Francisco in 1985. As an aspiring artist, she lived in warehouses with other artists until eventually, Vallie and three friends in the community pooled all their resources to purchase a home in the Lower Haight. She began working in the non-profit sector teaching art at the Hunters Point Boys & Girls Club. She has been a leader at various local non-profits focusing on educational and environmental activism.

In 2004, Vallie founded the Lower Haight Neighborhood Association and worked with merchants to also form the Lower Haight Merchants Association. Through these organizations, she led successful efforts to clean commercial corridors and bring desperately needed trees and green spaces to the neighborhood. The success of these campaigns led to the groups getting further involved in issues of local concern, including increasing the number of beat cops in the area to form bonds with the community and reduce violence and issues of social justice in the neighborhood’s elementary schools and public housing units. With her neighbors, Vallie wrote several grants and secured funding for the planting of trees on Haight Street protected by tree guards designed by students from John Muir Elementary School and to introduce neighbors to new beat cops to bolster trust between the community and police.

Vallie was born and raised in Utah by a single mother and grandmother, she’s part Native American but she never knew her father. By the time Vallie was 14, her grandmother and her mother had passed away. The community around her pulled together to raise Vallie leading to Vallie’s lifelong belief in the power of community.